10th Moon: Out Of Many – Trans* Resistance in Action

As “LGBT rights” and “trans visibility” get pushed into the spotlight of current-day liberal, homonationalist, capitalist agendas, trans* representation has been gaining popularity at the cost of hegemonizing and whitewashing gender divergence and erasing many of the histories and intersectionalities that co-exist alongside of gender expression.

But queer and trans* struggles have always been messy, multi-layered and connected to many different histories and politics, taking different shapes in different places in the world. From the Gezi Park uprising, to protests against the Dakota Access Pipeline at Standing Rock; from local politics in rural Brazil, to prison abolition movements in the United States; from the fight against the murder of Indigenous women in Canada, to local and arts activism in Argentina – trans* people all over the world continue to fight against structural and state violence, for the dignity, respect and lives of marginalized peoples.

Out of Many aims to provide a small glimpse of some of these histories. Trans* people are integral parts of different movements and communities, helping to shift and make changes for all sorts of people, trans* or otherwise. It is time to broaden our lenses, to look at these movements from a trans* lens, as well as to pluralize our ideas of ‘trans*.’ 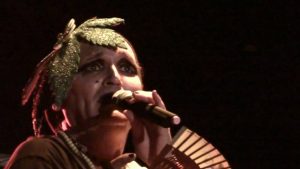 T! is a photo album that cherishes moments of territorial and artistic activism from travesti activists who fight to become integrated in a state that, by omission and commission, left them at the physical and discursive fringes of society. This activism, flourished in Argentina in times when human rights acquired a fundamental relevance, works on different trenches to restore economic and social peace to a community whose average life expectancy was 35 years of age by the time this film was shot.

Criminal Queers visualizes a radical trans*/queer struggle against the prison industrial complex and toward a world without walls. Remembering that prison breaks are both a theoretical and material practice of freedom, this film imagines what spaces might be opened up if crowbars, wigs, and metal files become tools for transformation. Follow Yoshi, Joy, Susan and Lucy as they fiercely read everything from the Human Rights Campaign and hate crimes legislation to the non-profitization of social movements. Criminal Queers grows our collective liberation by working to abolish the multiple ways our hearts, genders, and desires are confined. 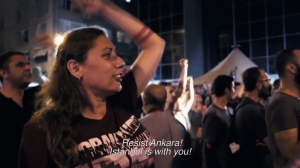 #direnayol (#resistayol) accompanies trans* activist Şevval Kılıç during the 21st Istanbul LGBTI Pride caught up in the reflexions of carnivalesque Gezi Park Uprising. #direnayol is a turbulent audiovisual journey witnessing a wind of hope, humour, and solidarity wished to be remembered in the politics of Turkey today.

An incomplete and imperfect portrait of reflections from Standing Rock. Cleo Keahna recounts his experiences entering, being at, and leaving the camp and the difficulties and the reluctance in looking back with a clear and critical eye. Terry Running Wild describes what his camp is like, and what he hopes it will become. 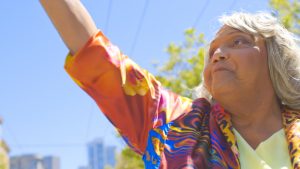 MAJOR! explores the life and campaigns of Miss Major Griffin-Gracy, a formerly incarcerated Black transgender elder and activist who has been fighting for the rights of trans women of color for over 40 years.
Miss Major is a veteran of the Stonewall Rebellion and a survivor of Attica State Prison, a former sex worker, an elder, and a community leader and human rights activist. She is simply “Mama” to many in her community. Her personal story and activism for transgender civil rights intersects LGBT struggles for justice and equality from the 1960s to today. At the center of her activism is her fierce advocacy for her girls, trans women of color who have survived police brutality and incarceration in men’s jails and prisons.
MAJOR! is more than just a biographical documentary: It’s an investigation into critical issues of how the Prison Industrial Complex represents a wide-spread and systematic civil rights violation, as well as a historical portrait of diverse LGBT communities, told with love and humor, and personalized through the lens of a vibrant and charismatic woman.
Please click here to donate to Miss Major’s Retirement Fund, which helps her cover her cost of living and health care while she continues doing important work in our communities. 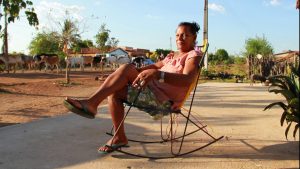 Kátia Tapety became the first transvestite elected as a politician in Brazil – councilwoman three times and vice-mayor. This film is the result of a 20-day-living period with her in her small town.

TransFormations
TransFormations – Trans* Film Festival Berlin is a bi-yearly grassroots festival with an organizing Team of Black and PoC trans*, two spirit, gender non-conforming people. We want to make a change by creating and sustaining a space for intersectional films from (but not limited to) the perspectives of Black, Indigenous, PoC folks speaking about or from trans* and gender-variant experiences. For more information click here.

Out of Many Panel