The exhibition LESBIAN VISIONS brings into view artistic positions by queer FLT* (females, lesbians, trans) from over 100 years and displays works by more than 30 artists across six generations. As part of the annual theme ”Year of the Women*” the Schwules Museum undertakes a first attempt to acknowledge these artists and their work.
We present a “hidden museum” of queer art from a perspective beyond hegemonic masculinity: a milestone, not only for the “Gay” Museum, whose foundation originated in the exhibition “Eldorado. Homosexuelle Frauen und Männer in Berlin 1850–1950” (“Eldorado. Homosexual women and men in Berlin 1850–1950“).

LESBIAN VISIONS references legendary exhibition projects by feminist cultural activists, for instance “Künstlerinnen International 1877–1977“ (“Female Artists International 1877–1977”) in (West) Berlin, in 1977, initiated by Ursula Bierther, Evelyn Kuwertz, and Sara Schumann, amongst others. Another inspiration is the groundbreaking exhibition “Das Verborgene Museum” (“The Hidden Museum”) from 1987, which documented women’s art in the Berlin art collections and was curated by Evelyn Kuwertz, Gisela Breitling and others. LESBIAN VISIONS was inspired as well by the “Great American Lesbian Art Show” (GALAS) in the Woman’s Building in Los Angeles, in 1980, with works by artists such as Tea Corinne, Harmony Hammond, and Kate Millet.

These projects were programmatic for the struggle of females, lesbians and trans* people for representation in the art world. They equaled a protest against the uneven distribution of economic and cultural capital which are still determined by heteronormativity, gender binarism, class relations and racism.

The exhibition project was motivated by the observation that there are hardly any “lesbian” subjects in art history as well as by the question what we should look for:
The self-definition of the artist? The content or form of an art work? The production conditions, the social contexts giving rise to art? Or the interpretations by the beholder? How can we perceive anything from a “lesbian” perspective in a culture fundamentally defined by the “male gaze’s” regime? Or would or should we rather use the term “queer” in discussing all this today?

The exhibition conceptualizes a utopian and melancholic gallery that follows the tracks of lesbian forms of pleasure and experience as well as lesbian identity constructions and lifestyles. In this context, we understand and recognize the term “lesbian” in its broadest sense, which is to say that desire and gender can be fluid.

Supported by the Berlin Senate Department for Culture and Europe. 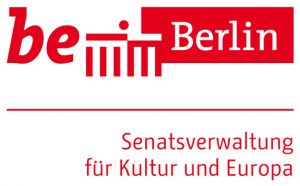 Press Photos
The press photos can be used exclusively to report on 4th Moon “LESBIAN VISIONS – Artistic positions from Berlin”, credits must be included.