SMU@Bode Museum: A Second Glance – All Forms of Love

The Second Glance – All Forms of Love

The Bode Museum dares a queer glance at its own collection. „All Forms of Love”, developed in cooperation with the Schwules Museum and the first instalment in the new exhibition series „The Second Glance”, focuses on works in the collection that deal thematically with the diversity of sexual identities, and with their perception, valorisation and their artistic exploration. The five thematic paths that wind through the entire collection and highlight 23 objects offer insights into the artistic and societal engagement with LGBTIQ* sexualities and identities that have always been present in art, but have often been overlooked or ignored. For the occasion, the Schwules Museum has lent a very special rarity from its own collection: two dance coins from the legendary gender-bending Berlin night club „Eldorado” – which explored new ideas of gender and sexuality as early as in the 1920s. 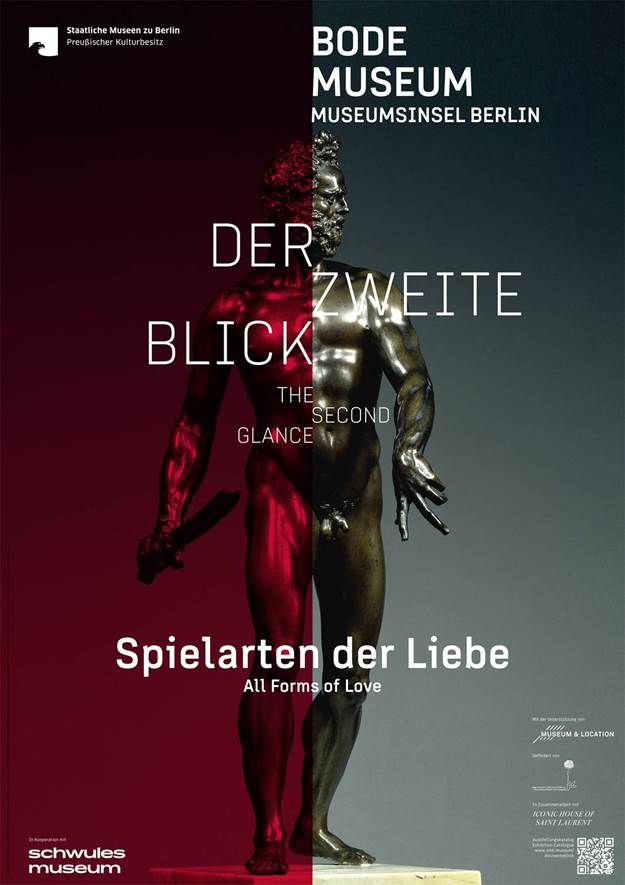 LGBTIQ+ Sexualities in the Context of Previous Eras

The paths will also illustrate that the way that societies dealt with LGBTIQ* themes did not develop in a linear fashion, but shifted across different eras and contexts. For example, the liberal attitudes towards (male) homosexuality that prevailed in antiquity disappeared in the Christian Middle Ages, when heterosexual relationships came to be viewed as the core of Christian faith.

Five Thematic Paths Through the Collection

The Second Glance is an invitation from the Bode-Museum to follow five thematic paths through the collection and discover aspects of the manifold forms of love that, until now, have been overlooked or ignored.

Many of the artworks presented in this project were not specifically made from a LGBTIQ+ perspective, but rather acquire these connotations from the perspective of the viewer, be it the artists themselves, the client, or each and every one of the millions of viewers who have seen them to this day – including you. Other works were revolutionary at their time, simply because they depicted same-sex affection, even if devoid of sexual implications.

The Project All Forms of Love can be explored both within the museum and through the online-catalogue. The different themes will be investigated more deeply through a series of talks from September 2019 to March 2020, supported by the Hannchen-Mehrzweck-Stiftung, the Instituto Cervantes Berlin, and the Spanish Embassy in Germany. The Second Glance is supported by Museum&Location.